a membership association... a service provider for race organisers

A little background to BARR

The British Association of Road Races (BARR) was formed in 1984 when a number of concerned road race organisers met at the London Marathon. Prominent amongst those was Chris Brasher, founder of the London Marathon, who was largely instrumental in establishing BARR.

The chief cause of concern was the rapid expansion of road running for in the early eighties, the New York and London Marathons had triggered a road running “boom”. That which had previously been regarded as a minority sport for an elite minority mushroomed into a vast mass participation activity for joggers and runners of all standards.

New events sprang up everywhere – many organised by the newly formed road running clubs. Most of their race directors had little or no experience of what was needed. As one observer said, “often it was the blind leading the blind.”

They were faced with issues involving road safety, policing, marshalling etc. which. Hitherto, had not been a feature of either track or cross-country events. There were no rules of governance. No recommended standards or any organisation to which those putting on the events could turn to for advice.

The founding committee quickly drew up a set of standards to which all BARR member races had to conform. BARR then pioneered a system of race grading by which they could encourage race directors to develop their events to even higher standards. Thus events were to be graded not upon size, but upon the quality of their race provision and organisation.

Today BARR remains a membership association open to those events affiliated to UKA and its aim is almost identical to that when it was founded back in 1984.

The things that have changed in recent times are the objectives. These have widened considerably with the introduction by UK Athletics of both Race Licence Standards for all events and the BARR National Race Grading scheme – a significant expansion on that originally conceived by the founding committee, which was over two decades ago. 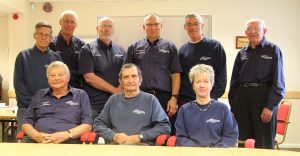 “Although BARR is affiliated to UK Athletics, it maintains an independent position as the Standards setting body within the sports of Road Running and Multi Terrain Events.”

The aim of BARR is:
to foster and promote safe and well organised road running in the United Kingdom. Its purpose and function should be that of a service provider. 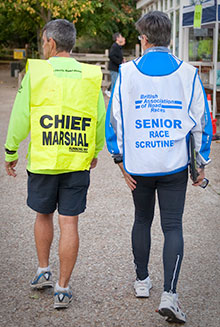 Its current objectives are fourfold:
On behalf of events, to:-

1) maintain and review a Code of Practice for the benefit of competitors and the efficient management of both road and multi-terrain events
2) be a membership organisation leading to the exchange of information, knowledge and best practice amongst members of the association

On behalf of UK Athletics, to:-